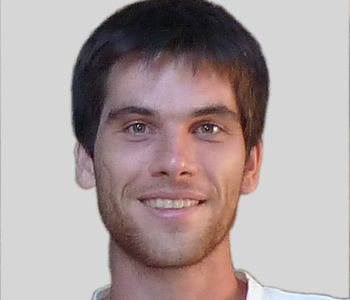 Epidemiogoly of representations: an empirical approach

Recent years have seen several attempts to bring cognitive science and social science together. "Social cognition" or "cognitive economy" are examples of such fields having recently emerged. I focus on the Epidemiology of Representations research program initiated by Dan Sperber in the mid-nineties, proposing an ontology made of "mental representations" (those from cognitive science, i.e. our ideas, beliefs, hypotheses) and their outer-world counterpart, "public representations" (a discourse, an image, a message - in short, all "signifying" things). This framework builds on cognitive science, and allows anthropological questions to be rephrased in epidemiological and cognitive terms without compromising on the social core of these questions. For example: what representations are interpreted in what way by whom? What relationships and what cognitive mechanisms (ranging from instinctive to learnt) influence those interpretations? What is the aggregated effect of interpretations on the global body of representations circulating? Are there attractors for this dynamic system?

While this research program has seen recent theoretical developments, its empirical validation has remained fairly limited, hindered by the difficulties in generating relevant experimental data. However this limitation is increasingly being lifted by the data collection made possible by Internet and the widespread use of smartphones and tablets.

I aim to empirically explore this epidemiology of representations in one particular case: the evolution of short sentences, be they everyday utterances or quotations from public personalities. Indeed, those public representations 1) are frequently interpreted and transformed in our everyday lives, 2) are short enough to be analysed with natural language processing techniques, 3) have observable dynamics in the real world. The project has therefore two main components. The first is to better grasp the interpretation-reproduction process by which short sentences are transformed; this involves the creation of a reference dataset for the interpretation-reproduction process based on a simple task (with many variations) where subjects are asked to reproduce short sentences they have read a few moments earlier. To generate enough data, this experiment will be developed as a smartphone app as a prototype project for the "Science en Poche" program led at the Institut des Systèmes Complexes (http://www.iscpif.fr/tiki-index.php?page=SEP). The second component will be to use the insight gathered on the microscopic process to build agent-based models of epidemiological diffusion, building on existing sentence evolution models, and compare the results to real-world dynamics.

Aside from my Ph.D, I am a founding member of the "Science en Poche" project led at the Institut des Systèmes Complexes in Paris (http://www.iscpif.fr/tiki-index.php?page=SEP), which develops tools and software libraries easing the use of smartphones and tablets as measuring and experimenting tools for scientific research, citizen and political empowerment.