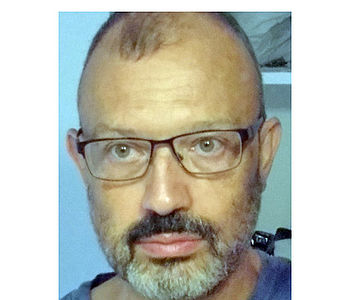 The city of Berlin would represent the paradox, difficult to explain from a liberal perspective, of being an important city of art while it is placed on the fringes of the art market. This research on the visual arts in Berlin since the reunification questions this paradox starting from the artistic dynamics, taken in their context, to determine how they confirm, contradict or give new directions to debates and theories on the global social evolution of the Western world since the collapse of the communist system.

The project also seeks to establish in what extent the artistic work has been conditioned by the global movements of reunified German society and, conversely, what specificities have determined the evolution of the art world. It tries as well to check whether and how the art development differs from other economic and intellectual activities.

Indeed, art in Berlin after the reunification had to assimilate two conflicting plastic traditions: on the one hand a tradition governed (but not monopolized) by the market and the oppositions that the market generates and, on the other hand, a tradition that considers art as a collective ideological tool under the global (but not total) control of the state and, in turn, the oppositions against this orientation. This research attempts to define the artistic forms that this confrontation generated and to understand how and why these artistic forms imposed themselves to the detriment of other possible plastic responses. In this way, this work helps to better grasp the divergences and convergences between these evolutions and the pre-existing traditions, as well as to establish which tendencies have disappeared and which have continued to survive in an underlying way.

The richness of the project requires a transdisciplinary and comparative methodology, as well as a thorough knowledge of the realities of contemporary art and its "organization". The first part of this survey analysed the topographical aspects and the evolutions that art and artists have provoked in reunified Berlin. The second and last part of this research should focus on the artistic events that have taken place in Berlin since the reunification. It will also analyse the works presented in these events, their evolutions, as well as the conditions of presentation, the participants and the organizers of these different activities during the last 30 years, by taking some reference dates inside this period.

The artist as a strategist. Topography of contemporay art in Paris at the beginning of the 21st century

This work is about the question of art territories, but not for their repercussions on their neighbourhood, but for their contribution to the plastic creation itself. In the first part, the terms of the research are defined: the word "strategy"; the "art districts" according to their use; the "people of art". The second part presents, in addition to a historical synthesis, six territories of contemporary art: Faubourg Saint-Denis (Paris), which is the backbone of this work, Macarena (Bogota), San Telmo (Buenos Aires), Belleville (Paris), the Red Hook (New York) and the city of Berlin. The third part analyses the individual work of seven contemporary art personalities who lived in Faubourg Saint-Denis since 2000: Nathalie Heinich, Nicolas Bourriaud, Jean-Philippe Antoine, Thomas Hirschhorn, Esther Shalev-Gerz, Pierre Huyghe and Olga Kisseleva. The last part links this research with the work of its author. The conclusion highlights a series of hypotheses emerging from this study: places of art as an instrument of identification of the different groups working in art; the notion of "debate" as a form of strategy, with an internal level (who participates and in what capacity) and a global level (the role of art in society); artists considered not as a socio-professional category, but as "products" of every social group; art as a form of participation in a common territory more than as a self space.

- Berlin, a city that creates artists. Practical function and symbolic function of a territory in contemporary art creation. http://julio-velasco.eu/006ReseBerlin.html

Using groups generally defined as "art neighbourhoods" or "artists' neighbourhoods", the research examines the causes and consequences of these groupings for artistic creation. This question is usually approached through the modifications that these art gatherings generate for their neighbourhood (gentrification, population changes, tourist attraction, control by the official power of an escheated area, etc.), but there is much less interest in the causes and consequences that this territorial groups have for the artistic production itself. The originality of this work comes from its approach to these places fundamentally in terms of their relationship with the art itself and the transformations it promotes within plastic creation.

This study is essentially and structurally a transdisciplinary investigation, which brings together analyses in Aesthetics, Art and Art Sciences, History of Art, Sociology of Art and Urban Geography.

The second part analyses, individually, the plastic or theoretical creations of seven personalities working in the field of contemporary art who have lived in the Faubourg Saint-Denis, Paris, since the year 2000: Nathalie Heinich, Nicolas Bourriaud, Jean-Philipe Antoine, Thomas Hirschhorn, Ester Shalev-Gerz, Pierre Huyghe and Olga Kisseleva. Subsequently, as in the previous section, we evaluate whether or not elements of a collective strategy emerge from these individual cases, which ones, and how they relate to each other. Finally, in the overall conclusion we summarize the various elements studied and highlight a series of hypotheses that emerge from them.

(Currently being published at the CTHS editions)