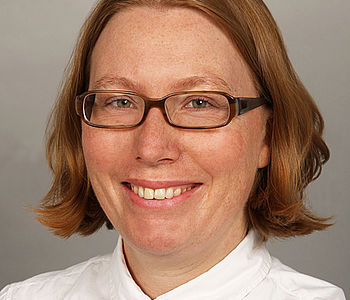 Anne Baillot holds a B.A. in Philosophy and German Studies from the University Paris-X Nanterre and a M.A in German Studies from the University Paris-VIII Saint-Denis. She was a trainee civil servant at the École Normale Supérieure in Paris between 1995 and 1999. Anne Baillot completed her PhD onGenesis and reception of K.W.F. Solger’s aesthetics between 1800 and 1830 in 2002 under the direction of Michel Espagne. Since then, she has been living in Berlin, where she held several stipends and grants until she was accepted in the Emmy Noether Programm of the German Research Foundation. Between June 2010 and January 2016, she was junior research group leader at the institute of German Literature of the Humboldt University. Her publications are focused on Enlightement and Romanticism, combining various approaches ranging from intellectual history to close reading. As a junior group leader, Anne Baillot is the editor of Letters and texts. Intellectual Berlin around 1800 as well as the August Boeckh Papers project. The junior research group is also publishing some of its results in the collection Berliner Intellektuelle um 1800 at the Berliner Wissenschaftsverlag. Since 2013, Anne Baillot is a member of the editorial board of fr.hypotheses and of en.hypotheses. She is blogging about her project under the title Digital Intellectuals. Since Februar 2016, she is also Managing Editor of the Journal of the Text Encoding Initiative.