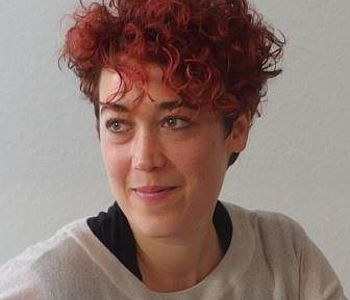 Christine Barwick is a sociologist, focussing on migration and mobilities. She is particularly interested in the second generation, thus the descendants of immigrants who came to Western Europe in the 1960s/1970s. Christine studied social sciences at Humboldt University and wrote her thesis in sociology at the same university. Her dissertation dealt with social mobility and neighborhood choice of second generation Turkish-Germans in Berlin and was awarded multiple prizes, such as the dissertation prize of the Section Urban and Regional Sociology (part of the German Sociological Association) and the Hartmut-Häußermann-Prize ‘Social City’. Before she joined the Centre Marc Bloch, she was a postdoctoral researcher at the Center for European Studies at Sciences Po Paris. She is part of the project group ‚What is governed in the large metropolis? Comparing Paris and London‘, directed by Prof. Patrick Le Galès. As part of the project, she analyzed intra-European mobility of French and British expats. Moreover, she created a database about the political and administrative elites in Paris from 1995-2015, to analyze who governs the cities. She therefore performs network analysis across time and agencies. Her research at the Centre Marc Bloch focuses on new mobilities of the Turkish and Italian second generation in various European cities. During her studies, Christine spent two years in New York City, at the New School for Social Research and the Graduate Center of the City University of New York. At the Centre Marc Bloch is co-director of the research group ‘Place, mobility, migration’. She also serves in the board of the Section Migration and Ethnic Minorities (German Sociological Association), of which she is the vice-spokesperson, and the editorial board of the Journal of Undergraduate Ethnography.

Mobility and settlement of British nationals in Berlin

Towards a European middle class? Comparing middle-class French in London and British in Paris

Societies worldwide are experiencing fundamental changes through large-scale migration and mobility across national borders. In our transnational world, the nation state is no longer the sole institution for the organization of people’s lives. Questions about the kind and extent of transnationalism, its determining factors and consequences, have been researched for different social groups by scholars of migrant transnationalism as well as scholars of horizontal Europeanization. Neither of these two research traditions, however, adequately addresses new mobilities and identifications of Europe’s second generation. Scholars of second generation transnationalism focus uniquely on the links between the Country of Residence and the ancestral home country. The political sociology of Europe analyses cross-border mobility and the emergence of collective identities, but disregards the second generation’s contributions to horizontal Europeanization. Particularly in Europe, where citizens have the right to free movement and distances between countries are short, we can expect that the second generation develops new forms of mobility that cover other than the parents’ home country. Drawing on the two research traditions, this project analyzes new mobilities and collective identifications, their influencing factors as well as effects, of Europe’s second generation. Employing a qualitative research design, including biographic-style interviews and documentary photography, the project captures the contributions to horizontal Europeanization of second-generation Turks and sub-Sahara Africans in Berlin and Paris. We will thus view the second generation, particularly those with parents who migrated from a non-European country, not only as migrants but as Europeans, who shape Europe through their practices, networks and identifications.

Barwick, C. & Beaman, J. (2019): Living for the neighbourhood: marginalization and belonging for the second-generation in Berlin and Paris. Comparative Migration Studies, 7(1), 1-17.

Barwick, C. (2016): “My fatherland is Turkey, my motherland is Germany”. The evolution across the life course of transnational ways of being and belonging of second generation Turkish-Germans. Cahiers des Ifre #3, pp.90-103.