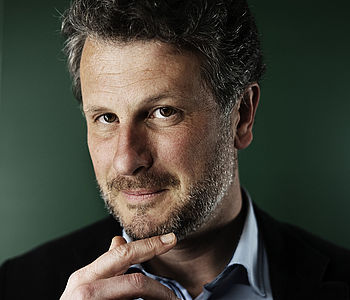 Frédéric Keck is a Senior Researcher at the Laboratory of Social Anthropology (CNRS-Collège de France-EHESS). After studying philosophy at the Ecole Normale Supérieure in Paris and Anthropology at the University of California at Berkeley , he has investigated the history of social anthropology and contemporary biopolitical questions raised by avian influenza. He was the director of the research department of the musée du quai Branly between 2014 and 2018.

The concept of sentinel in social and environmental sciences

The current debate on the public health measures to control the spread of Covid-19 has focused, among other issues, on the possibility to prepare for pandemics by raising early warning signals at the beginning of an infectious outbreak. While the tensions around the origins of the SARS-Cov2 virus in a market or a laboratory distribute blame for lack of biosecurity, the technical possibility to anticipate zoonotic pathogens has led to the multiplication of sentinel devices monitoring wide range of animals species, such as bats, birds, primates or mosquitoes, whose biodiversity is revealed and appreciated by techniques of surveillance. Sentinels can be defined as early warning signals on the frontline with emerging viruses but also as captors of environmental threats to which different species are exposed, such as nuclear radiation, toxical pollution or habitat destruction.

This research and teaching program will take the concept of sentinel as a critical tool across social and environmental sciences, in different meanings of the term “critical”. 1) A sentinel connects a subjective feeling of vulnerability with an objective knowledge on risk. A sentinel is not only an indicator of a statistical tendency but it leads the observer to take the perspective of the observed living being. The critical question then becomes : how do sentinels produce new forms of normativity within the perception of threats ? 2) Sentinels are used when models of prediction fail to anticipate future events. They rely on the imagination of a disaster so as to mitigate their effects. This raises critical questions on the possibilities of imagination to open scenarios of the future that are not producing anxiety but rather vigilance and engagement. 3) Sentinels produce more warning signals than is necessary in an utilitarian rationality. They follow a logic of luxury and prestige in which communication is mixed with competition. A critic of sentinels is thus required, almost in an aesthetic sense : how to select among all the signs produced by a sentinel those that should lead to mitigating action ? 4) Sentinels produce signals beyond the borders between nature and society. They are not addressed by nature to social actors, in a logic that considers non-humans as carriers of signs or symbols. They emerge in territories where humans and non-humans are exposed to common threats. The imagination of a disaster enrolls humans and non-humans in a scenario where they are equally actors. The critical question then becomes : how do sentinels send warning signals if they don’t use arguments in a public space ?

This program can be inscribed in the fourth pole of research of the Centre Marc Bloch, “Pensées critiques au pluriel. Approches conceptuelles de la recherche en sciences sociales”. As I will teach about the main figures I know in the history of social sciences, from Lucien Lévy-Bruhl to Claude Lévi-Strauss, I expect to debate with other trends of philosophical thinking, particularly the Frankfurt school on the imagination of disasters and the sociology of risk on the reflexivity of modern societies. Reading these two authors in social sciences in the context of environmental crises of their time, I will ask how the study of the “savage mind” has been a detour for modern thinkers to explore the possibilities of sentinels. I wish to open a space of dialogue with science studies and environmental history in the intellectual surroundings of the Centre Marc Bloch in Berlin.

My teaching program will be separated in three parts, which will develop chronologically around three main events in the history of social sciences : 1) the Dreyfus Affair and the question of crime in the French Republic, opening to a specific alliance between sociology and microbiology. 2) The Cold War and the modeling of human diversity to anticipate nuclear disasters. 3) The emergence of new infectious diseases at the end of the Cold War and the implementation of sentinels to prepare for pandemics.