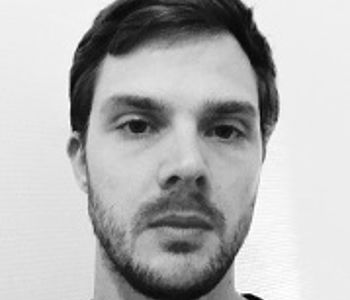 Resistance between concept and phenomenon

The Place of Resistance in Phenomenology and Critical Theory: Thinking opposition after Kant

This thesis explores the philosophical ambiguity and reflexivity of resistance through an investigation of its place. The place of resistance becomes relevant as the intersection of diverse manifestations of resistance and the conceptual reflection through which they come to be explained. Place here denotes a moment of orientation in which reflection and determination coincide and which produces the opposition between resistance and that to which it resists. For my investigation into the structure of this place and its ambiguous entanglement within that to which it resists, I draw on the confrontation between Heideggerian phenomenology and Frankfurt School critical theory and their respective readings of Kant. I ground my argument in an analysis of Kant’s critique of amphiboly in the Critique of Pure Reason. In Kant’s argumentative strategy to counter the amphibolous use of the understanding, I identify two conflicting directions that find expression in the entwinement of reflection and determination in ‘transcendental place’. I contend that Kant’s argument relies on an experience of incongruity that remains external to the philosophical argument, and that this pattern is instructive for understanding the place of resistance. I flesh out the nexus of philosophy and politics thus opened up by tracing the persistence and transformation of amphiboly in Heidegger’s philosophy and Reiner Schürmann’s reading of it. While Heidegger politicises place by turning it into the concrete standpoint from which to oppose modernity, Schürmann reflexively historicises place as the conflictual temporal site of philosophy and politics characterised by a discordant double bind. To further contrast Heidegger’s determination of place as concrete, I then turn to the status of abstraction in the constitution of the place of resistance. With reference to Alfred Sohn-Rethel and Moishe Postone, I argue that any opposition conceived on the basis of a concrete standpoint risks obliterating the abstractions that underpin even what presents itself as most concrete. While Sohn-Rethel’s affirmation of production remains in thrall to the capitalist metaphysics of labour, Postone’s notion of a dynamic concrete-abstract antinomy contributes an important dimension to the conceptual framework for the analysis of the place of resistance. I put Postone’s critique of simple opposition to work by analysing antisemitism as a form of opposition that fails to construct a resistant standpoint, arguing that the paranoid mode of thinking driving antisemitism can be understood in terms of amphiboly and that it plays a crucial role in the reproduction of modern capitalist society. In conclusion, and to contrast antisemitism, I bring together Schürmann’s and Postone’s emphases on the temporal character of modern capitalist domination to briefly sketch an emancipatory orientation of resistance that challenges amphiboly based on a twofold provisional judgement in and on time.

A philosophical and political history of diremption

This project investigates the notion of diremption in Hegel, Marx, Marcuse and Gillian Rose