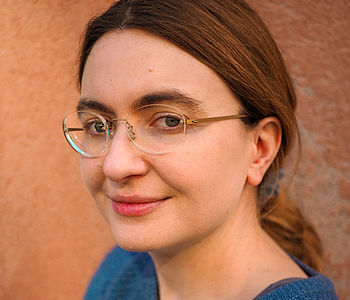 My doctoral thesis—which I am currently completing and intend to submit in February 2020—is on the German philosopher, scientist, mathematician, linguist, diplomat, theologian, jurist, and librarian Gottfried Wilhelm Leibniz (1646-1716). Titled “Gottfried Leibniz in His World: The Making of a Savant (1670-1679),” the thesis examines the polymathic thinker’s early career in its intellectual and social contexts, arguing that his thought must be understood not as the production of an isolated genius but as fundamentally conditioned by the contingencies of his existence as an aspiring scientist and courtier in Mainz (1670-72), Paris (1672-76, with a trip to London in 1673), and Hanover (1676-79). Despite the growth in Leibniz scholarship in recent decades, surprisingly little attention has been paid to how Leibniz negotiated the complex, competitive, and politically sensitive milieus in which he sought advancement.

Examining Leibniz’s and his peers’ extensive correspondence in French, Latin, and German—an underutilized resource—I show not only how Leibniz tried (often unsuccessfully) to develop the political and rhetorical skills needed to secure himself a position at the intersection of the political and scientific realms, but also how his various political and scientific projects were perceived by his contemporaries. Those projects and schemes ranged from trying to deflect Louis XIV’s attention from military expansion and reconciling Protestants and Catholics within the Holy Roman Empire to improving the pumping of water from mines in the Harz mountains with windmills and producing phosphorus from urine. Organized thematically and proceeding roughly chronologically, the thesis focuses on Leibniz’s engagement with particular figures and institutions to illuminate the remarkable range of his interests and activities. Such figures include Leibniz’s early patron Johann Christian von Boyneburg, the French statesman Jean-Baptise Colbert, the bishop and scholar Pierre-Daniel Huet, the architect and scientist Claude Perrault, the Orientalist Louis Ferrand, the scientific entrepreneur Johann Joachim Becher, and the chemist Johann Daniel Crafft; institutions include the Académie des Sciences in Paris, Port-Royal near Paris, and the Hanover court.

Leibniz is conventionally portrayed as an arch-rationalist. My thesis, however, reveals him to be a profoundly ambiguous figure, not only socially but epistemologically. For he inhabited a world in which the intellectual and scientific marketplaces were increasingly saturated with “curiosities,” “marvellous observations,” and experiments that challenged the limits of orthodox rationality. Leibniz was keen to instrumentalize this state of pervasive doubt and uncertainty in order to explore the “realm of possibilities,” to reform knowledge, and to advance his own projects. His scientific attitude was characterized more by empiricism and experimentalism than by logical a priorism or a static concept of “truth.” Consequently, distinctions between rational and irrational, between fact and fiction, could be far from clear-cut for him: whether a scheme was to be judged erroneous or fraudulent depended on upon whether or not it could be successfully reduced to practice. For all its disappointments and unrealized ambitions, the early period examined in my thesis acted as a catalyst for Leibniz’s later thought and projects and determined him to cultivate an “amphibious” existence, simultaneously within and outside the court, combining scientific and philosophical with political, legal, and diplomatic roles.

Audrey has actively encouraged intellectual exchange by organizing, among other things, the ‘Crisis, Extremes, and Apocalypse’ research network at The Oxford Research Centre in the Humanities (2016–17), the ‘Early Modern Mind’ seminar at The Queen’s College, Oxford (spring 2018), the ‘Universal Histories Research Seminar’ at Queen’s (with Nicholas Halmi, winter 2020)—selected papers from which will be published as a special issue of the Intellectual History Review—and in autumn 2020 a ‘Hans Blumenberg Seminar’ on Zoom with speakers from a half-dozen countries.

‘Friedrich Meinecke or the Defeat of Cultural Historicism’, appeared in the volume Historicism: A Travelling Concept (published by Bloomsbury in October 2020)

‘Sentencing the Present: Critical conversations in a time of crisis’, Public Seminar (28 May 2020)

‘Cousin de Grainville or the Impossibility of Thought’, Blog of the Journal of the History of Ideas (January 2019)

‘Louis-Sebastien Mercier Revisited’, Blog of the Journal of the History of Ideas (August 2018) <jhiblog.org/2018/08/01/louis-sebastien-mercier-between-prophetic-and-historical-engagement-with-time>