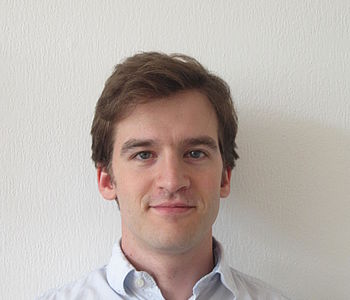 Re-uniting Normative Theory: Moving beyond the 'ideal' vs. 'non-ideal' dichotomy in Rawls

For the longest part of the 20th century, industrial democracy has been a vibrant movement that encompassed a broad spectrum of meanings, from internal union democracy over collective bargaining to co-determination at shop-floor, enterprise, industry and national economic level. Since the beginning trade-unions have played a major role in the theoretical promotion and in the concrete management of workplace democracy in most European countries. Today, however, things look different. While there are instances of democracy in the business landscape, hierarchical forms of organization remain dominant and organizational democracy commands only scant attention in the media and in public life. The decline of workplace democracy is partially tied to that of trade-unionism, and certainly related to the transformations of the economic system of production. But it is also related to the decades-long domination of a liberal (as against social) conception of political democracy which reclaimed a rigid separation between the political and the economic spheres.

In the last years there are, however, signs that the ideal of workplace democracy is getting new traction. In the academia, we observe a wide array of new publications appearing in many different disciplines such as political theory, social and political science, history, legal theory, economy, management, and work psychology. At the political level, a new EU Directive “on establishing the principle of democracy at work, in capital, and in every field of economic life” has just been drafted, and the European Trade Union Institute is actively promoting the idea among its national partners.

In this project we want to inquire into the history of this idea, exploring its moments of splendor as well as its moments of downturn and near disappearance. We will do it through the historical lenses of conceptual and social history, exploring how this idea has been shaped by academic and non-academic discourses, by social practices, and by social struggles.

The project will focus on two main institutional actors: academia and the trade unions, and will explore their interactions, mutual influences and trajectories. This specific approach is justified by the nature of our research object. First, although the role of academic scholars in theorizing workplace democracy is undisputed, the distinctive role played by different academic disciplines is largely understudied. This is due not only to the essential lack of communication across disciplinary fields, but also to the great variability of the object. Second, trade unions have played a major yet historically variable role in social struggles to achieve workplace democracy. At the same time, beside academia, trade unions and their research institutions have been the most important knowledge producer in this field, unrivaled by any other social institution. Third, trade unions and academia have constantly interacted influencing each other in multiple ways which have been hardly studied.