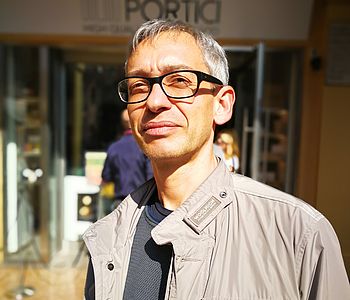 (ANR-DFG) EURO-DEM: Workplace democracy: a European ideal? : discourses and practices about the democratization of work after 1945

The scientific project revolves around the idea of economic democracy. He asks the seemingly simple question: should we democratize the workplace? If so, for what reasons? The project aims to bring together researchers from several disciplines in order to tackle the issue in all its complexity: political, social, historical, legal and organisational.This is both an old and a new theme. Old, because already presentwithin the socialist tradition of the first half of the 19th century. New, because it had almost disappeared from the political and theoretical agenda since the 1980s, and it is only recently that it is experiencing a renewed interest, also because of theprofound transformations that characterize today's world of work. It is also a highly contested issue for several reasons. First, because the very notion of democracy is a contested notion within workers' traditions. Secondly, because its circulation through very different academic disciplines as well as in the worlds of civil society and work make it an ambiguous concept, changing, difficult to grasp precisely. To address our subject in all its complexity, our project will be organized around six main themes, each designed to shed light on an essential aspect of workplace democracy.

The themes selected are as follows:

1. Diversity of meanings of workplace democracy.
This axis aims at exploring in an interdisciplinary way the different conceptions of workplace democracy, among which we must mention at least the following: (1) Systems of representation in the selection of managers/managers, (2) Forms of the relationship between ownership and management of enterprises, (3) Systems of participation in the organisation of activities at work unit level, (4) Autonomy in the exercise of work activities, (5) Equalization of power relations, development of individual resources/capabilities, (6) Inclusion, protection of individual rights, attention to the quality oflife at work.

2. Relationship between property regimes and democracy.
This axis raises the question whether the democratization of the workplace requires the prior distribution of ownership to employees. This question will be addressed on the basis of acomparison between the different institutional solutions that have been developed in different countries.

3. Experiences and participatory experiments: theoretical and methodological questions.
This will include the question: what is the relationship between different research methodologies and different conceptions of workplace democracy? Can we investigate all these approaches with the same tools? The question is obviously crucial, because it seems obvious that ethnographic research, experimental economics, or the use of quantitative methods do not allow us to explore the different dimensions of workplace democracy with the same effectiveness. By asking this question, we intend to go to the heart of the interdisciplinary system that lies at the heart of this project. This includes understanding what methodological mechanism would be needed to investigate workplace democracy satisfactorily. In other words, to understand what ethnography, experimental approaches, and quantitative studies show us, and what they hide from us about this phenomenon.

4. Legal frameworks for democratising the workplace: a comparative analysis.
In this line of research we will study in a comparative way the different legal regimes through which democratisation strategies have been pursued, such as the statutes specific to cooperative enterprises, the German co-determination regime, or the new legal status of the European capital company.

5. Why democratize the workplace? Comparison and tension between researchers' and actors' points of view.
The objective of this theme is to problematize on a large scale the question of the meaning of the democratization of work through the prism of the various actors concerned. First of all, it will be a question of developing a theoretical framework within which to ask the question "democratisation for whom", putting the perspectives of researchers in tension with those of the actors and of the wider society. The issue to be addressed as a matter of priority concerns workers' perception.

6. Past and future: a look at past experiences and utopias.
In this axis we will ask ourselves about the prospects for change in workplaces, adopting both a historical perspective and a glance at the same time.

Practice, Judgment, and the Challenge of Moral and Political Disagreement. A Pragmatist Account, Lexington, Lanham, 2012, 230 p.