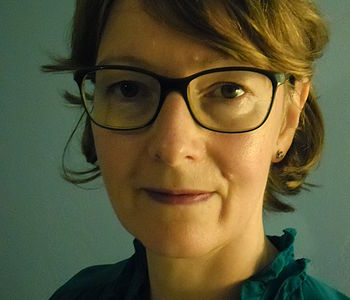 My study explores the notions of inquiry, practice and knowledge, and their productive effects on each other from a pragmatist perspective. More specifically, I am aiming to clarify the concept of inquiry in relation to the works of John Dewey, and its consequences for contemporary social theory. As a point of departure, I assume a similarity between the epistemological impact of the Industrial Revolution around 1900 and the digital and political Revolutions in the 1990s on the dynamics of knowledge. The pragmatists translated these technological, cultural, political and scientific dynamics into an empirically grounded knowledge theory, which again is highly relevant today. It was especially Dewey’s pragmatism, establishing the foundations of a social theory, that I call “experimental,” with the idea to connect two levels of experimentation: experience and trial (or “test”): a) the material-ontological experience of the actor, and b) the empirical experience of the researcher. From an epistemological point of view, within the German sociological tradition these two levels have so far not been related one to another. However, the international and transdisciplinary “studies” (as, for instance, science and technology studies or cultural studies) and “turns” (as the practice turn or the pragmatic turn) have provided methodologies to do that more systematically. The rediscovery of pragmatism in French (B. Latour, L. Boltanski & L. Thévenot) and Anglosaxon academia indicates a good moment to theorize these methodologies. But even in Germany, experimental practices – may they involve political, economic, scientific or critical resources – are discussed by their productive or potentially harmful consequences for society. An “experimental social theory” would also involve the limits of Western modes of ordering and reflect concepts of the social beyond the classical dichotomies of “nature vs. culture” (P. Descola), comprehending European thought just as one possibility, a “province” of thought (D. Chakrabarty). Description, rather than normativity, would be privileged. My study will investigate these issues through aforementioned two levels of experimentation by sketching several fields of inquiry: work, science, economy, and politics. A related fieldsite will be examined: The emergence of new public problems and their interaction with sociological methods (N. Marres, J. Law).

At the Centre Marc Bloch I am heading, together with my colleagues Camille Roth and Jérémie Gauthier, a working group on current debates in comparative social analysis. During the upcoming winter term 2014/15, we'll join scholars from France, Germany and the UK on the topics of political ethnography and network-analysis. The program will be available soon.

* "Towards a Transdisciplinary Public Sociology. A German/British/French Collaborative Inquiry on Public Problems" (with Prof. Martin Reinhart, HU Berlin)
* Ethnography of the expedition „Estimating Biodiversity in Papua New Guinea and on the Planet“, organized by the Parisian Museum for Natural History (Muséum national d'histoire naturelle) in November / December 2012 in Madang, Papua New Guinea, funded by the Foundation Fritz Thyssen
* Guest Researcher at the Maison des Sciences de l'Homme (MSH) and the EHESS Paris, France in the Winter term 2011/2012 for a Laboratory Study at the Taxonomic department in Marine Biology of Invertebrates at the Muséum national d'histoire naturelle, funded by the Foundation Maison des Sciences de l'Homme and the German Academic Exchange Service
* Guest Researcher at New York University / Institute for Public Knowledge, USA in autumn 2008, funded by the Foundation Fritz Thyssen
* Guest Researcher at the Groupe de Sociologie Politique et Morale / EHESS Paris, France in spring 2008, funded by the French Ministry for Foreign Cultural Affairs

* 2012-2014 Villa Vigoni German-Italian-French conferences on "Why Pragmatism? On the Importance of Pragmatism within the Social and Human Sciences today". Funded by the Deutsche Forschungsgemeinschaft, the Villa Vigoni and the Fondation Maison des Sciences de l'Hommes (with Roberto Frega and Albert Ogien)
* 2010: International Conference on "Émile Durkheim - Sociology and Ethnology" with Heike Delitz at Humboldt University Berlin
* 2008: International Workshop on „Pragmatism, Practice Theory and Social Change“ with Craig Calhoun at the Institute for Public Knowledge / New York University, USA 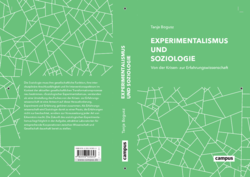