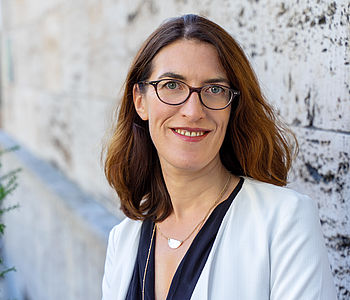 Claire Demesmay is an associate researcher at the CMB. Her areas of expertise are :

Claire Demesmay holds her PhD in political philosophy from the University of Paris 4-Sorbonne and the Technical University of Berlin. Before joining the DGAP in 2009, she worked at the Chair of French and Francophone Studies at the Technical University of Dresden (1998-2002), then as a researcher at the French Institute for International Relations (Ifri) in Paris (2002-2009). Between 2009 and 2021, she headed the Franco-German program at the German Council on Foreign Relations (DGAP).

Her recent publications include:

Identity representations of social actors in an intercultural context

The research project aims to investigate language practices, identities and representations in bilingual and multilingual families. The aim is to analyze their articulation as well as the different identities in which the members of these families recognize themselves and/or claim for themselves by contrasting the discourse of three generations.

At the core of the project is the issue of generational transmission within bi/plurilingual families. The aim is to study the language practices and identities that parents and grandparents transmit - consciously or unconsciously - to their children and grandchildren, as well as the representations of language and bi-/plurilingualism that underlie their attitudes. In addition, the project aims to determine the extent to which children see themselves as the inheritors of particular bi-/plurilingualism practices and are willing to pursue them themselves or even pass them on to their own children.

Beyond language practices and strategies, the research focuses on the identity representations of members of bi-/plurilingual families and their interactions: to what extent do the language practices and strategies of the representatives of the three generations express a particular belonging? By which identity representations are they influenced? Do children assume, or not, the same type of identity as their parents and grandparents, and how does this identity translate into a bi-/plurilingual and bi-/pluricultural repertoire?

This project is gratefully supported by the Franco-German Civic Fund (Deutsch-Französischer Bürgerfond).

Representations, interactions and participation of young people from families with migration experience

The research project aims to study the impact of international exchanges on the representations, interactions and participation of young Europeans from families who have experienced migration. It is based on qualitative research, supported by a series of sociobiographical interviews conducted with young people participating in international exchanges, in this case Franco-German.

One of the objectives of the project is to analyze the different identities in which the social actors recognize themselves and/or claim to be, their articulation and the process of identity construction in the context of exchanges with young people from the neighboring country. In addition, we intend to study the way in which these exchanges translate into the acquisition of skills and influence the social participation of young people.