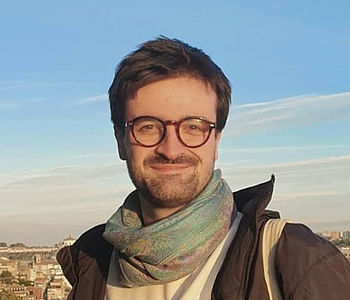 Italo Alves is a Ph.D. candidate in the Philosophy department at Loyola University Chicago. He holds a master’s in Philosophy and a bachelor’s degree in Social and Legal Studies from the Catholic University in Porto Alegre (PUCRS), Brazil. He is interested in the intersections of critical social theory and aesthetics, and he is currently writing a dissertation on the aesthetic dimensions of Axel Honneth’s philosophy. He has published on Hegel, Marx, Goffman, and contemporary critical theory. Italo has held visiting research positions at the Normative Orders research cluster of Goethe-Universität Frankfurt, the Philosophy department at Université de Montréal, the School of Public Policy and Administration at Carleton University, and the Sociology department at Concordia University of Edmonton.

2018–2022 Immanent Critique and the Normative Capacity of Performance

2016–2018 Dissensus and Normativity in the Public Sphere

2015–2015 Liberty and Recognition in Hegel's Philosophy of Right

Co-organizer, 2022 Graduate Conference in Political Theory, Virtual conference, Co-hosted by the Philosophy Department at Loyola University Chicago and the Philosophy and Politics Departments at the New School for Social Research, April 15–16, 2022. [link]

“All the World Is Not, of Course, a Stage”: Habermas and Goffman on Dramaturgical Action. 60th Meeting of the Society for Phenomenology and Existential Philosophy (SPEP). Texas A&M University, College Station, TX, October 13–15, 2022 (forthcoming).

Is There Normativity Outside of Discourse?. Crossroads of Critique: Axel Honneth and the Frankfurt School Project. CEVIPOF, Sciences Po, Paris, June 7, 2019. [link]

Frames, Techniques and Performances: A Critique of Bodies in Assembly. Colloquium Butler XXI. Department of Philosophy, PUCRS, Porto Alegre, May 14, 2019.

What is at stake in the impeachment of Dilma Rousseff in Brazil?. Political Critique (Poland), August 2, 2016. [link]