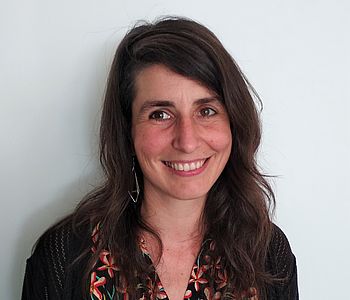 My interest in grey zones of work and employment led me first to analyse the hybrid situation of economically dependent self-employed workers in the frame of my PhD thesis. Within the ERC project SHARE, I am now studying  organising forms of solo self-employed workers, following especially cooperatives supporting freelancers, trade unions representing self-employed artists and grassroots groups of platform workers. My research is mainly based on qualitative methods and international comparisons between countries such as France, Brazil, Italy and Germany.

The project SHARE – Seizing the Hybrid Areas of work by Re­presenting self-Employment – is a multidisciplinary and multi-method study of the hybrid areas of work, with a particular focus on the work arrangements that destabilise traditional employment relations. In particular, it considers the case of solo self-employed workers, which is an emblematic category within the hybrid areas of work because it undermines the classical employment/self-employment opposition, by comprising very diverse subjects. The heterogeneity of solo self-employed workers is extremely high. In terms of sectors, they can be found both in high- and low-skilled jobs, as well as in the various activities performed through digital labour platforms. As regards their composition, women are increasingly involved in these work arrangements, as well as late-career and migrant workers. Moreover, the solo self-employed are variously distributed across the European Union: some countries have self-employment rates below 10% (including France, Germany and countries of the north), and some have quite high rates (including Greece and Italy).

The study involves two main phases of data collection. The first phase was carried out in six European countries: France, Germany, Italy, Slovakia, the Netherlands and the United Kingdom. More specifically, a multi-sited and cross-national ethnography – conducted within unions, employer organisations, freelancer associations, grassroots groups and cooperatives – is combined with a comparative labour law perspective and a comparative quantitative study. In the second phase of the research, the focus shifts from cross­national comparison to the broader European context.

From this perspective, the SHARE project aims to explore:

The project is carried out by the Principal Investigator and the Core Team – six post-doctoral researchers and one assistant professor – based at the Department of Social and Political Sciences of the University of Milan (Italy). The project is also supported, through the call ‘ERC Attractiveness’, by the Cariplo Foundation.