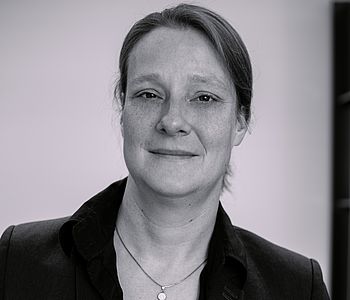 Silke Mende is a contemporary historian. From October 2019 to March 2021, she was deputy director at Centre Marc Bloch (CMB) in Berlin. From November 2020 to March 2021 she was also Professor for the History of Europe (19th-21st century) at Humboldt University of Berlin. Since April 2021 she is professor for modern and contemporary history (19th-21st century) at the University of Münster. She continues to be an associated resarcher at the Centre Marc Bloch.

After having studied history and political science in Tübingen and Aix-en-Provence, Mende was initially a research assistant and subsequently an Akademische Rätin auf Zeit at the University of Tübingen. Research and teaching led her to the German Historical Institute Paris (GHIP), the Aix-Marseille Université, and the Centre d'Histoire de Sciences Po in Paris, to which she is still affiliated as an associate researcher. More recently, she has worked at the Leibniz Institute for Contemporary History Munich-Berlin (IfZ) and acted as interim professor (Professurvertretung) of 19th and 20th century transnational history at the European University of Flensburg.

Mende focuses on German, French and European history from the 19th century to the present day. In 2009, she received her doctorate at the University of Tübingen with a thesis on the emergence of the green movement in the German Federal Republic. The study, for which she was recipient of the Dr. Leopold Lucas-Nachwuchswissenschaftler-Preis, has been instrumental in advancing historiographical debates surrounding the transformational character of the 1970s, all while incorporating the long-termed continuity lines of the 20th century. In May 2018, Mende qualified at the University of Tübingen with a habilitation thesis on the history of Francophonie across the 19th and 20th centuries. Her research considers language and language policy as a political-cultural instrument and situates it amidst the complex interplay between the French nation-state, its empire, and the “international” arena. Her current research project deals with the European history of democracy and parliamentarism in the last third of the 20th century. It analyses how closely democratization, parliamentarization, and Europeanization intertwine in the context of the southward and eastward enlargement of the EEC/EU. Additional research interests include the history of representation, social movements and protest, as well as New Imperial History.

Our project aims to trace “the contours of contemporary European history from 1970 on,” with a specific focus on the EEC/EU’s enlargement – the expansion southwards in the 1970s and eastwards following the events of 1989/91. Not only were these developments milestones in the democratic histories of the individual countries that joined the EEC/EU, but were moreover significant for Europe and its institutions as a whole. The successive enlargements, we argue, were crucial to the idea of a “democratic Europe” as an envisioned order. Though the germ of this idea dates back to earlier times, it was only in the last third of the twentieth century that it came to fruition. It was only at this juncture, as we argue, that it became a definite scheme in the European Community/Union’s thinking and self-image. This was given decisive impetus by all the arguments and bouts of negotiation both with and among the Southern and Eastern countries seeking to join the EU. Our project’s key questions seek to more closely determine how Europeanization, democratization, and parliamentarization were closely interlinked, as seen from a historical perspective. It places the spotlight on the debates and negotiation processes that took place between the European member countries and the EEC/EU institutions and those countries seeking entry. Methodologically, the project first draws on intellectual and conceptual history; it shows how concepts such as “democracy” and “parliamentarianism” are neither stable nor enduring, but rather are contingent upon changes in time and place, and continually in process of adjustment. Second, the project takes its bearings from transnational history and “entangled” or transfer history; also from New Imperial and global history, which look systematically at mutually interacting influences. Essentially, we hope: (1) to establish a clearer outline of the contours of European history post-1970; and (2) to unravel the simplistic idea of a Europe composed of a distinct “centre” and ”periphery,” and instead to see Europe as a conceptual space of ever-shifting internal relationships, whose overall character is liable to change. 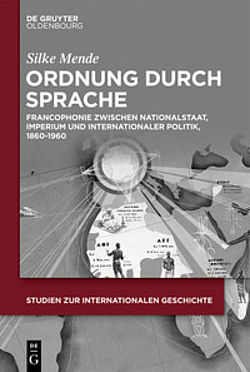